The time of year has come for the expat communities of the world – that time of ebb and flow of suitcases, boxes and RAFT building. At times it may feel more like emotional waves crashing, letting go of a child who graduates can be specially daunting.

As a mom of a son who will soon begin his year of “lasts”, this has been on my heart: how will I let him go with grace and peace?

This week I am guest writing for Multicultural Kid Blogs about how to let our kids go as they prepare to leave “home”. Click here to read more.

My children are bilingual, including my daughter who has Cri-du-Chat Syndrome, a disability that affects her mentally and physically. She’s not the only bilingual person with special needs, though. In fact, I know a young adult with Down Syndrome who is trilingual. And I read about another boy with Autism Spectrum Disorder who speaks at least four languages. This goes against the belief of many educators and therapists that children with special needs should focus on one language only. Most of the research focuses on three specialty groups: Specific Language Impairment (SLI), Down Syndrome (DS), and Autism Spectrum Disorder (ASD), but the researcher still believes that other disabilities can learn a second language as well. This is great news for CCKs (Cross-Cultural Kids) and TCK s(Third-Culture Kids) who have special needs and their families who are raising them.

My daughter is fairly non-verbal, but she is able to communicate in both English and Chinese. She uses American Sign Language (ASL), speaks simple words in both languages, and sometimes uses communication boards. We speak mainly English at home and she goes to a Taiwanese special education school where they speak Chinese. Honestly, like most Third Culture Kids she is comfortable living in both worlds. It’s part of who she is.

But, what about just teaching a child with special needs a new language? Are there any benefits? Join the conversation over at Multicultural Kid Blogs where I share some benefits I’ve noticed. 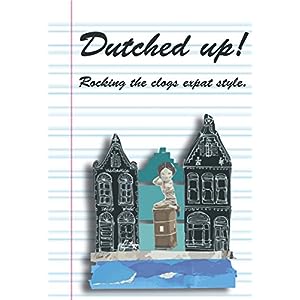 DUTCHED UP! ROCKING THE CLOGS EXPAT STYLE is a compilation of short stories and articles written about living as an expat in the Netherlands. The stories come from women who have and are living there as foreigners. These stories are well-written and very entertaining – even to this expat who does not even live in Europe.

I truly believe that if one finds his/herself moving to the Netherlands that this book should be on their list to read before moving there. The stories in this book are not just entertaining, but helpful to those learning to navigate through the culture, the language, food, and yes even help with the washing machine manual. I found myself wishing I had had a book like this for living in Asia when I first made the dive into living abroad.