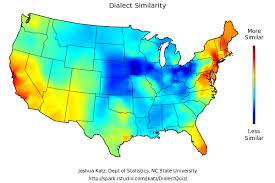 “Which language should we speak at home with our children?”

“Which school should we send our children to? Language is important, but I’m afraid my child will forget or not master our ‘mother tongue’.”

As an expat parent, I’ve asked those same questions. As an international elementary teacher, I’ve heard those questions from parents about their own children.

They are legit questions, ones that should be addressed from the get-go when deciding to live abroad with your family. When I was pregnant with our first child my husband, being German, and I decided that I would speak English and he would speak German. Let me just say this, in theory it was a great plan, but for our family it didn’t happen. My husband rarely spoke German anywhere. His working world was in English and Chinese. His world at home with me was in English. He didn’t think about speaking German unless he was talking with his parents, but even that was a mixture of English, German, and a bit of Chinese. Please know that I do know of families that spoke dual languages and it worked wonderfully for them. It just wasn’t for our family. If you have a mixed family, this is definitely something you need to discuss as a family – which language(s) will we speak at home with our kids?

Yes, which school do we send our child to? Local? International? Home-school?  These are questions that you definitely need to discuss with your spouse. Something to think about though, is what language do you see your child using as an adult? Is it your mother-tongue? your husband’s? English – if that isn’t your mother-tongue? As an educator, I can’t say this strong enough – Whatever language(s) you decide your child will be educated in make sure your child masters a language – and what I mean is they have mastered both speaking and writing. If your child cannot fully function in one language, they may never be able to fully express their feelings.

Once GeGe was almost pre-school age, Uwe and I discussed what language we wanted him to be educated in. We wanted him to be able to speak Chinese well. We had planned for him to attend local school until Grade 2, with me home-schooling him in English to keep up his writing. We chose this grade level because we knew that he would most likely go to an English speaking university. The English writing begins to expand quickly to paragraphs in grade 3. We didn’t want him to fall too far behind and not master English. Well, this plan didn’t workout for us. He attended only Kindergarten at the local school, then in grade 1 we switched over to the international school, but requested that he be in the same Chinese level as the native speakers in his homeroom. This worked out well for him. Our decision to pull him into the international school was due to the fact that Jie Jie needed to start school and her school was not at the same school. They were not really even close to each other and there was no way for me to get them both to school. GeGe could go in early with my husband, and I could take JieJie.

We speak English in the home, so these questions were not so difficult to answer, but for those expat parents whose language at home is not English this decision must be weighed out carefully. And many times a sacrifice of the mother-tongue happens. The language spoken by the parents is learned, but not fully mastered.

When raising kids abroad, the question about language is huge. It’s one that every expat parent must think through and discuss with their spouse. It is a question that my in-laws had to make over thirty years ago when they decided to send their very young children to the American school versus the German boarding school that was located in a different country. And it will be the question that probably my children will have to make should they choose to live abroad with families of their own.

Your Turn: What language do you speak at home? How did you make the language decision about education? What school do you send your kids to or did your parents send you to? Please share your thoughts in the comments below. I’m really interested.

This post was inspired by a blogpost I recently read about raising kids overseas. She is a TCK herself and understands the advantages and the disadvantages of living abroad. She listed questions one should ask when they begin to think about raising TCKs. The one suggestion that she gives to expat parents is to READ. Read books, articles, and blog posts about and authored by adult TCKs. If you are not currently following DrieCulturen, you should. Great resource!

Have you ever studied a language and came to a phrase that you just caused you to say, “What”? Or you find yourself giggling over the names that are given to certain items in the other language?  My husband ran across these videos yesterday from a friend on Facebook and they are really funny. A German in the USA….wondering if this is any cause for misunderstandings in our home. 😉

*This has been a catch up week in the apartment, so writing has taken a backseat. I have some fun posts that I’ll share next week on dentists, going away without kids, and more. So keep watch for them!

Hope you have a wonderful weekend!