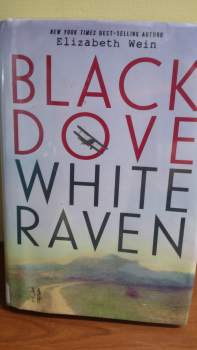 Summary: Teo and Emilia are friends from birth. After a bird strike during a flying stunt performance by their mothers they become siblings. Em’s mother wants to follow her late best friend’s wishes: to raise Teo in a place where he won’t be judged by the color of his skin, the country where his father was from. Set in the 1930’s Em’s mother makes the decision to move to Ethiopia where she can raise her white daughter alongside her now black son in the peaceful countryside. But, as Italy moves to invade and war brews, both children, now in their teens, have to make a decisions about home and loyalty.

My Take: This book has so many layers to it. It is definitely a TCK/CCK book. Teo is half Ethopian and Emilia is half Italian. There are inner struggles of “home”, which is something most TCK/CCKs understand. Ms. Wein weaves prejudice into the lives of the children, but also into the lives of their mothers. It is just a good book that will make you think deeper about issues that are relevant today. As I read the bio of Elizabeth Wein, I came to realize that she understands the issues of TCKs because she was raised abroad and is now living abroad as well. I highly recommend this book not just because of the TCK/CCK issues that Ms. Wein attempts to tackle, but because it really deals with issues that are relevant today.

Your Turn: What have you been reading? Share in the comments below. I’m always looking for new titles to read.